Samsung to rival Google and Apple with its own AI assistant 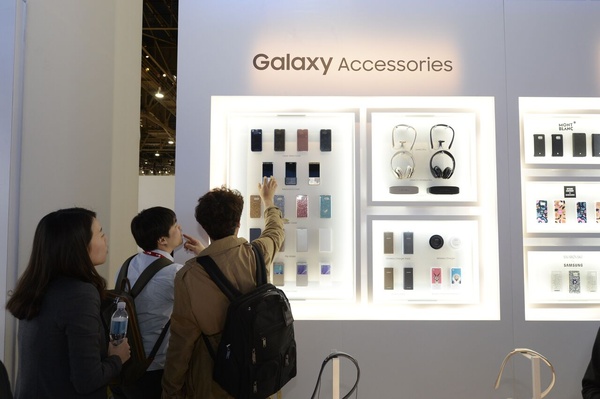 Samsung is trying to do its best to keep discussion away from the catastrophic failure of Galaxy Note7. Mostly this means talking about future products and most importantly the upcoming Galaxy S8.
This has even meant that Samsung is willing to give a little sneak peek into what kind of new features we might expect with its next years flagship smartphone. Now Samsung has revealed that it is indeed bringing its own voice assistant to the mix.

Samsung's own AI assistant has been rumored since the acquisition of Viv Labs which was founded by the Siri founders. The people responsible for first versions of Apple's assistant are now creating a rival. And not only a rival to Apple but to Samsung's partner Google which introduced Google Assistant earlier this year.

Unfortunately not much else was revealed so we'll have to wait until next year to fully understand why Samsung would develop their own piece of software instead of adopting Google's. However, Samsung said that the AI enables easy access to third party software.

One thing Samsung definitely has is a large portfolio of devices, so the new AI, whatever it may be called, might find its way to not only your smartphone but your washer and dryer, your TV, your fridge, and your microwave.
Tweet
Tags: Samsung AI Siri Google Assistant
<YouTube finally adds HDR support >Facebook stops using WhatsApp data thanks to UK watchdog
Previous Next

Yeah, cuz the problem with Samsung phones is that they don't have enough bloatware.

Really Samsung, you shit company that mills out everything, really???


Perhaps if Samsung didn't have a path of milled-out cellphones to make it a Galaxy s21 by 2030, they could spend more time on QC, which seems non-existent today.

Samsung makes garbage nowadays. Worthless garbage and anyone buying Samsung products at this juncture in Samsung's problems area is a fool.