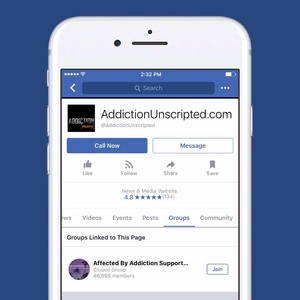 Facebook has launched a new community feature to let people, brands, and communities to keep in touch with their fans more easily. The feature is called Groups for Pages.
To simplify this a little bit, first of all Groups and Pages and separate things. Pages are meant for the messaging from communities and companies. Pages can only be used by an established community and is more strictly controlled. Groups on the other hand can be used in a more general sense to communicate within a group of people that are less loosely connected, eg. group of friends.

Thus Groups for Pages are meant for free ranging discussion within a more tightly-knit community. The point of the feature seems to be to attract people perhaps from more traditional web forums. So for example artists, sports clubs, or even news services can host their own Groups within their Pages.

The feature launched yesterday gives all the 70 million Pages on Facebook the possibility to create discussion in Groups. Facebook has been looking for a way to get more people create "meaningful communities" and harbor discussion.

This is actually a good idea. It's also the first good idea that FB has EVER come up with......including the inception of Facebook itself.

I sort of agree, although "good idea" is relative to your viewpoint; Zuck is laughing his way to the bank, each trip.

SUCH A NICE POST. IT WILL BE BEST FACEBOOK FUTURE
I sort of agree, although "good idea" is relative to your viewpoint; Zuck is laughing his way to the bank, each trip.
free recharge tricks


https://tricksgang.com
Comments have been disabled for this article.