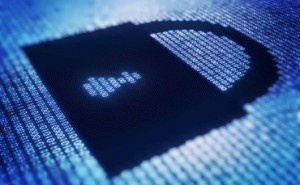 Samsung has launched a new rewards program which is aimed at mobile users, and especially hackers among them. The new Mobile Security Rewards Program offers rewards in cash and can amount to up to $200,000.
The program includes 38 different mobile devices, from 2015 up until today, and their respective software solutions. This includes such smartphone and tablet lineups as the Galaxy S series, Galaxy Note series, Galaxy A series, and Galaxy Tab series.

The software in the program includes the likes of Samsung Pay and Bixby, but is not limited to separate Samsung apps. However, Samsung's rules require that the security hole must only be found in Samsung devices, not Android in general. In addition it must be accessed without physical connection.

To get a reward you need to be hacking the latest software version of the device or the app. Naturally Samsung also requires that the hacker will not publish any information about the issue until Samsung has had time to address and possibly fix the issue.

Unfortunately not every security problem unveiled is going to net you the top dollar. Depending on the severity level of the vulnerability Samsung rewards $200 to $200,000 to the first person responsible for finding the security threat.

Hmmm.......Samsung............how ironic that they have such a high failure rate of just about ALL of their consumer electronics and amongst the worst QC and build quality of just about any electronic manufacturer on this planet..........and now they employ the average Joe to do what they couldn't......pre-emptively correct a problem before it actually becomes one.


Samsung has become a money pit and sells shit products. Granted not everything fails but that's just par for the course or else the company simply wouldn't stay in business.