Recent headlines | Guide: How to Kick Unwanted Guests from Your Netflix Account
AfterDawn > News > If it wasn't clear already, it's now official: Windows phone is dead

If it wasn't clear already, it's now official: Windows phone is dead 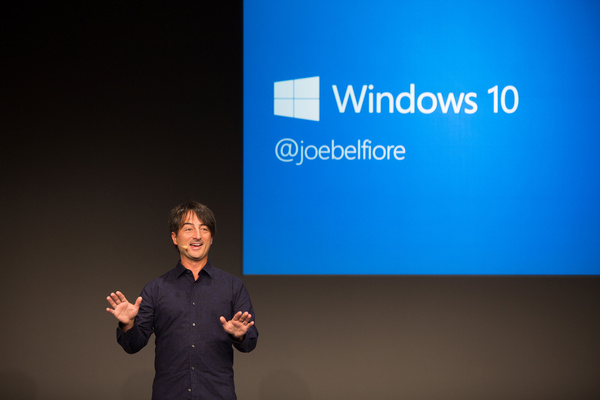 Microsoft has finally confirmed that it does not intend to release any new smartphones with Windows 10 Mobile or provide software updates for current hardware. To make it as clear as day it means: Windows phones are done with.
Microsoft doesn't entirely abandon current Windows 10 Mobile customers because there will likely be some bug fixes and security patches but nothing new is being implemented. Microsoft has cut the funding as much as it can, and only tries to keep the current customers, mostly business customers, safe from hackers and other security problems.

Even though it was pretty clear a while ago that this is the fate of Windows phones. Now the Windows mobile boss man himself, Joe Belfiore, has revealed that he has changed to using an Android phone.

That if anything should be a sign that it's time to call it a day and move on from Windows phones. Belfiore didn't reveal what phone exactly is he using but it would be funny if it was one of the new Nokias.

According to Belfiore the company tried their everything to lure in more software developers and thus improve the state of their app store. No amount of money or other incentives proved effective, and that is why Microsoft has decided to give in.

In the end the chicken and egg problem of not having users to draw in software developers and not having software to get more users in made it impossible to continue.

Microsoft has been developing their own software for Android and iOS for quite a while since Windows phones weren't working for them. Last week Microsoft announced that it is releasing Microsoft Edge web browser on Android and iOS.

We have tried VERY HARD to incent app devs. Paid money.. wrote apps 4 them.. but volume of users is too low for most companies to invest. ☹️ https://t.co/ePsySxR3LB

I think that this just means that "Windows Phone" is dead. My Windows 10 laptop seems to think it is a phone...with bloated updates that break everything, multiple built-in phone apps, and even an annoying voice assistant that is now even part of the educational edition that I only installed because it didn't have Cortana.

Originally posted by KillerBug: I think that this just means that "Windows Phone" is dead. My Windows 10 laptop seems to think it is a phone...with bloated updates that break everything, multiple built-in phone apps, and even an annoying voice assistant that is now even part of the educational edition that I only installed because it didn't have Cortana.

Seriously... are you sure you know how to use the computer. I have other 8 machines and never had an update break any of them. I also only have Cortana enabled on half of them and never had a problem with that either. You also can disable the notifications that you don't want.

Why doesn't Microsoft give us a choice to convert Windows phone to Android.

My Elite X3 still works great for anything I really need to do with a smart phone. I can't ever get excited about cutting edge developments on the doltish iOS/Android platforms. It's oxymoronic to get excited about advancements on dud platforms. It's all fruit of the poisoned tree. So as long as my Windows Mobile 10 phone isn't actually broken and I can listen to audio books, check my e-mail, take pictures etc. I expect to get at least a year out of it. I keep happily using it for all my smart phone needs without thinking about the overall fate of the platform until I come across a snidely article like this in the androidapple buttkissing media. If there's really nothing new in mobile from Microsoft at that point (I still expect a full blown 6 inch WOA Surface device with a telephony app to show up, which would make all previous phone O/Ss moot anyway) I may break down and buy the cheapest android phony phone I can get and just hold my nose while using it. I really hate android apple.