T-Mobile and Sprint have ceased the merger talks 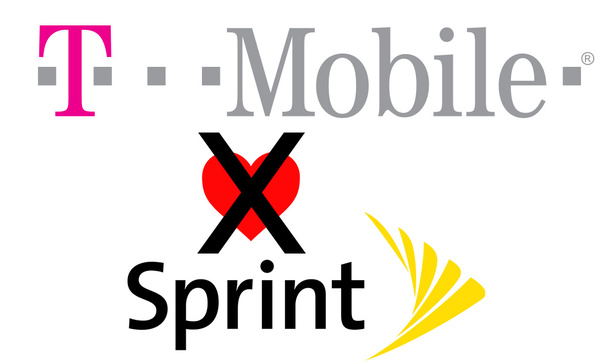 After rumors of Sprint and T-Mobile ending the merger talks we have finally an official statement. T-Mobile has released a statement clarifying the situation and saying the companies were unable to get an agreement in merging their operations.
T-Mobile Newsroom states: "T-Mobile (NASDAQ: TMUS) today announced that it has ceased talks to merge with Sprint, as the companies were unable to find mutually agreeable terms."

The premise for the merger was to create a larger carrier that could challenge the two largest mobile operators, AT&T and Verizon, more effectively. T-Mobile remains the third largest and Sprint the fourth largest carrier in the United States.

It remains unclear why the negotiations were ended but T-Mobile CEO John Legere said in the statement that in the end it's all about making a deal that would benefit the shareholders in the long term.

It seems fairly clear that one of the companies couldn't find the benefits with any proposed deals but nonetheless it might be a better result for the customers. Now there are still four nationwide carriers that are challenging each other.

T-Mobile has been the fastest growing carrier for years and passed Sprint for the third place in 2015. Now it has a lead of over 15 million subscribers over Sprint. Without the merge, however AT&T and Verizon stay in a league of their own with nearly 140 and 150 million subscribers respectively.

Bellevue, Washington -- November 4, 2017 -- T-Mobile (NASDAQ: TMUS) today announced that it has ceased talks to merge with Sprint, as the companies were unable to find mutually agreeable terms.

"The prospect of combining with Sprint has been compelling for a variety of reasons, including the potential to create significant benefits for consumers and value for shareholders. However, we have been clear all along that a deal with anyone will have to result in superior long-term value for T-Mobile's shareholders compared to our outstanding stand-alone performance and track record," said John Legere, President and CEO of T-Mobile US, Inc. "Going forward, T-Mobile will continue disrupting this industry and bringing our proven Un-carrier strategy to more customers and new categories – ultimately redefining the mobile Internet as we know it. We've been out-growing this industry for the last 15 quarters, delivering outstanding value for shareholders, and driving significant change across wireless. We won't stop now."

There are only 320mn peeps in this country...u now tellin us that all but 35mn peeps have cells??

Doesn't sound correct to me but maybe...who knows.

Just read it includes Mexico too. And with 26 million in Mexico City DF alone........that figure seems to jive.


As for Verizon, this is straight from marketwatch.com

"The company had 115.3 million total wireless retail connections, up from 113.7 million the same quarter last year and 114.5 million in the second quarter."