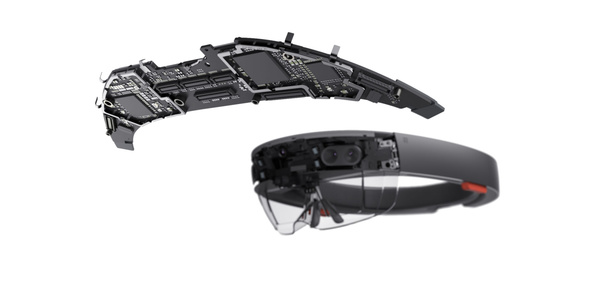 It's no secret that Apple, among other tech giants, is very interested about virtual and augmented reality. Their ARKit, which stands for Augmented Reality Kit, is a development platform for iOS AR application that was unveiled at WWDC this June.
ARKit and apps created with it had a part in this year's iPhone unveiling and the company showed off iPhone's AR prowess on stage. Now rumors have it that the Cupertino company might be introducing soon even a dedicated AR headset.

There's still ways to go, but, according to Bloomberg, the AR headset project has been running within Apple for years and could become reality in a few years time. A final product is expected to be revealed 2019, or as soon as all the required technologies have been fully developed. According to Bloomberg's timeline the headset would hit the stores in 2020.

Next year Apple will further upgrade the ARKit to ease the use of AR apps on the iPhone but we'll have to wait a bit for a bigger update. However, the ecosystem, alongside the technology, will need to develop further before Apple joins the ranks of AR/VR headset manufacturer.

Apple is known to wait until a technology matures before entering the competition. Not being first, but doing it the right way first time has been important to Apple.

The rumors have it that the headset will be a dedicated device. That means that it's not dependent on other devices, e.g. an iPhone, and thus will be more advanced than most VR headsets of the day that require either a mobile device or a PC to run content. Obviously the technology will be closer to a HoloLens (pictured) than an Oculus VR since we are talking about an AR product.

Apple is said to be developing a new branch of iOS for the new device, in the same way that tvOS and watchOS are for Apple TV and Apple Watch respectively. The so called rOS (reality OS) is based on the mobile operating system but would only run on the new headset.

The technical details are obviously at this point in time only speculations since we do not even know what type of technology will be available in 2019 or 2020, and product being still only a prototype. However, both voice and touch interfaces as well as motion controls, like controlling the operating system with your head movements, have been suggested.
Tweet
Tags: Apple headset augmented reality VR headset Virtual Reality HoloLens Microsoft HoloLens AR headset
<Apple lets first iOS users to send cash to each other with Apple Pay Cash >It happens: Niantic to release Pokemon Go-like Harry Potter game
Previous Next Write a comment
Comments have been disabled for this article.