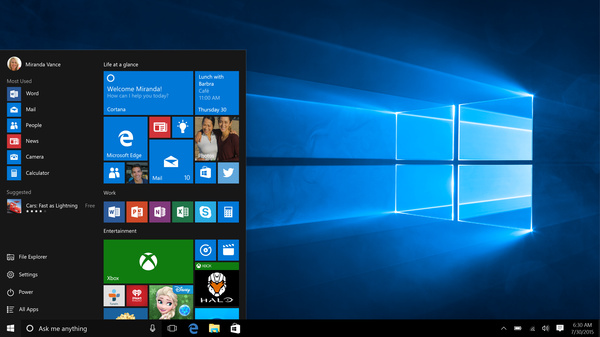 Microsoft has posted another update on its official Windows blog about future Windows 10 builds. The post reveals new emojis but also touches on what is a new power scheme for workstations.
The new mode found in the Power settings of Windows 10 is called Ultimate Performance, and does exactly what you would imagine a setting by that name would do. It makes sure that the operating systems takes advantage of as much of your hardware as possible. Currently Windows 10 includes a High Performance power mode but the new mode will further improve efficacy.

According to Microsoft, Ultimate Performance is developed from High Performance by "eliminate micro-latencies associated with fine grained power management techniques" which means that it could likely result in consuming more power.

Unfortunately not everyone will be able to use the new setting as it is limited to a single Windows 10 version. Ultimate Performance can be used only in Windows 10 Pro for Workstations.

Microsoft says that the update is due somewhere in March or April.

I couldn't care less what MS does with Windows 10. Upgraded from Win7 a year ago, and have regretted it ever since. I'm reverting back to Windows 7 this weekend, and when MS doesn't support it anymore, it'll be time for a new PC with a Linux OS. Done with Microsoft!


"Do not underestimate the power of an enemy, no matter how great or small, to rise against you another day." - Atilla
Comments have been disabled for this article.