Recent headlines | End of an era: iPod discontinued - the device that revolutionized music industry 2
AfterDawn > News > Android P revealed - This is what it looks like

Android P revealed - This is what it looks like 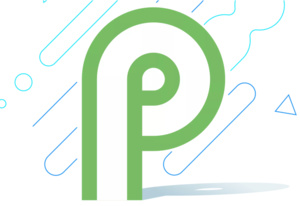 Google has released the first glimpse of its upcoming Android P operating system. New version of Android is about to launch sometime in Fall 2018, but Google provides information for developers and manufacturers about the most important changes beforehand to allow them to adjust to new APIs and design.
Android P includes several changes to the visuals of the UI. Icons are more rounded and plain as is the custom nowadays. Additionally, the settings have been revamped quite a lot and also the notification area has gone through some changes.

Despite those changes, the biggest visual change is the support for iPhone X-styled gap in the top of the screen to accommodate better for front camera while allowing "borderless" displays. 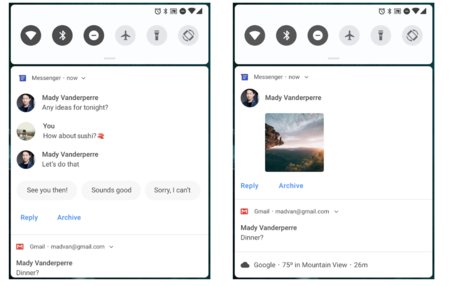 Android P also supports utilizing multiple cameras at the same time, which means that apps will have less rights to use microphone and camera in the background. Format support now includes HDR VP9 Profile 2 and HEIF. Android P will also include support for indoors navigation through Wi-Fi RTT (Round-Trip Time).

Tweet
Tags: Android Android P Google
<Samsung unveils this year's TV lineup with new backlighting tech >Netflix is ever expanding – but not to sports
Previous Next

Another Android variant that shows nothing new and very very little improved..........yet it amazingly retains its normal crappy ass environment that slows down in 6 months while remaining brutally insecure and of course let's not forget the center piece of Android, self obsolescence. The OS get's overhauled to render the previous versions lame on a regular basis. Still-relevant and often current phones (practically speaking) will get left behind because Google doesn't want to support "old hardware" that isn't yet "too old" to support.

Add to this, all ya'll being screwed because you want a new phone while still paying on the existing one and unless a phone is kept for a minimum of 2 years, there is a monetary loss every time.

Wish the 349.00 up front "subsidized" was still around but at least TMobile is showing half off pre-ordered phones so that's a good bit of news.

This is not a new variant, it is the new version. Most the the crap that android gets is from carrier versions.

What OS does not have security flaws? If man built it then man can break it.

Aside from Tmobile's price they are also going to allow users to remove whatever software they want from the phone. I see this being a little bit difficult as to save space apps share functions but we shall see.

Slow downs? Try looking at the apps installed. Or try testing the system storage of said device. The biggest drawback to any mobile OS is the fact developers create for the newest hardware. If your apps update to a version that is intended for newer hardware then your phone will slow down. My galaxy s4 is still running great except when I use google maps.