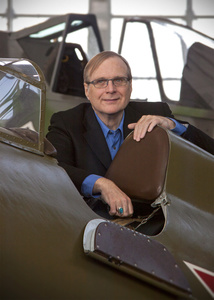 Microsoft co-founder Paul Allen has died at age of 65. Cause of dead was non-Hodgkin's lymphoma, a condition that was diagnosed in 2009 and returned just weeks ago.
Allen is widely considered to be one of the groundbreaking tech pioneers. Paul Allen founded Microsoft together with Bill Gates in 1970s and became one of the first tech billionaires in the World after Microsoft IPO in 1980s. He maintained his position at Microsoft until 2000.

Since Microsoft era, he has been best known for his Vulcan Inc investment company and for the fact that he owns several major sports teams: Seattle Seahawks (NFL), Portland Trail Blazers (NBA) and Seattle Sounders (MLS).

Through Vulcan, Allen invested to various technology projects, including SpaceShipOne, the first privately-funded ship to put a civilian into suborbital space around the Earth. He also funded generously SETI project, a project set to search for extraterrestrial life.


He was never married and had no children.