Microsoft is separating search and Cortana in Windows 10 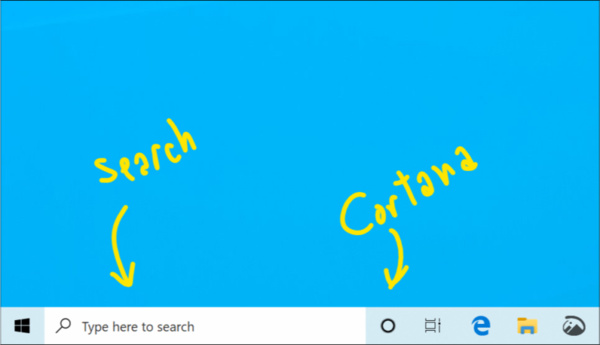 Microsoft has revealed some upcoming features of Windows 10 on their official Windows blog. The update log is for Windows Insider test build but will soon be available to the greater public as well.
The features it showcases on the blog post are for Windows 10 Insider Preview Build 18317, and are expected to hit the final Windows 10 update later this spring.

The largest change is separating Cortana from the search box. Microsoft is taking Cortana entirely out of the Windows 10 search box found next to the Start menu.

Windows 10 search will from now on be solely used for text search and a separate Cortana function next to the search bar can be used for voice search.

Other updates include improvements to Start menu stability (works now as a separate executable), drag and drop function to fonts tool and of course loads of smaller improvements and bug fixes.