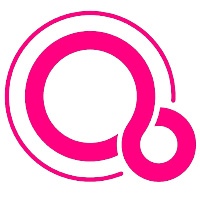 We've known for years that Google is developing a new operating system behind the scenes. Now Google has hired new talent from no other than Apple to lead the effort.
The operating system, developed under the name Project Fuchsia, might be replacing Google's mobile operating system Android in the future. According to earlier reports, over 100 engineers are already working on Fuchsia and it might come to smartphones as early as in the next five years.

Obviously 100 engineers isn't massive in the scale that is Google, so if Fuchsia is ever going to be able to replace Android, it needs new recruitment both from inside the company and out.

One of the most recent hirings is Bill Stevenson, who has worked for Apple nearly 15 years and ended his career in Cupertino as the Mac and Windows Program Management Senior Manager.

He revealed in social media that he'll be joining Google to help bring Fuchsia to the market.

Fuchsia is expected to be first implemented in IoT devices where Android isn't a staple like in mobile devices. Officially Google hasn't revealed any release information.


Tweet
Tags: Fuchsia OS Project Fuchsia Android Google
<Netflix the top streaming service in each country of a survey, except for Finland >DeepMind challenged esports professionals – won nearly all matches
Previous Next
Comments have been disabled for this article.