Well what do you know, Samsung has a new tablet 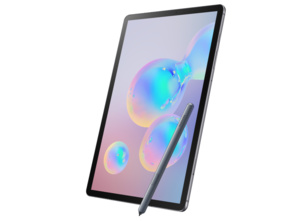 Android dwarfs iOS in terms of smartphone install base, and one could argue that Google's platform is beating iOS even in quality nowadays. However, there's no question that Apple has Google beat in tablets.
While iPhone sales is slumping, iPads are back on the menu like never before. The updated iPad Pro might have been one of the more important products recently, and Samsung has smelled blood in the water.

I guess Samsung never really stopped making tablets, but it's Galaxy Tab lineup of devices have pretty much fallen off the map when it comes to news coverage.

It also has a 13/5MP dual camera in the back, and a 8MP shooter up front. Sound is produced by four AKG branded stereo speakers.

The prices start at around $650 for the WiFi version, and climbs up $80 with more storage and RAM. It will ship in September, and LTE version is said to come later this year.

I am looking for a full featured "Android 1" version of say 8 to 10 inch tablet with ALL the relevant sensors.

Since Apple bricked my device with OS update , just like thousands of others, with ZERO possibility to revert, there is no chance in hell of me ever using another crApple product.