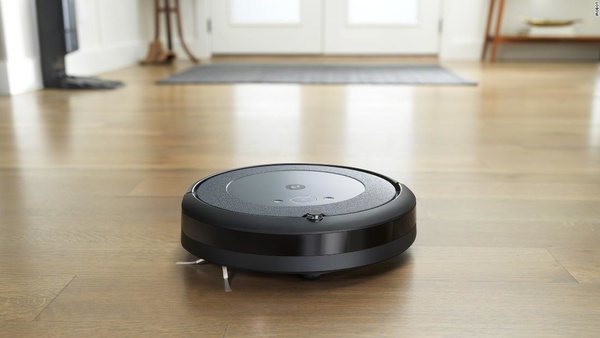 World's largest robovac manufacturer iRobot introduced a new pair of robotic vacuums to the mid-price range today.
First of all, there's Roomba i3+ that brings a very desirable feature from the company's high-end models to the mid-price range. Roomba i3+ has the similar self-emptying dustbin feature that is found from company's high-end models Roomba i7+ and Roomba s9+.

Roomba i3+ is capable of emptying of its own, rather small, internal dustbin to a much larger dustbin, located in the charging dock, whenever it goes recharging itself. In our tests of i7+ and s9+, such feature means that the owner needs to empty the (docking station's) dustbin only every three or four months.

Obviously, iRobot has hindered some features in $599 Roomba i3+ in order to maintain the difference between that and its $799 Roomba i7+. Most importantly, the new Roomba i3+ wont have the smart mapping features of Roomba i7+. Meaning that owner can't tell Roomba i3+ to only clean kitchen today, as can be told to i7+. Instead, i3+ simply cleans the entire apartment and then goes back to the charging station and empties its dustbin.

iRobot also released a cheaper sibling to Roomba i3+, dubbed as Roomba i3. The $399 robovac is identical to Roomba i3+, except for the fact that it doesn't have the self-emptying capabilities (which can be purchased separately at later date, but costing more than the $200 price difference between the models).

Both, Roomba i3+ and Roomba i3 are immediately available in North American markets and are expected to launch in international markets (Japan and Europe) in Q1/2021.

Yes but does it know to avoid dog poo??

Originally posted by ivymike: Yes but does it know to avoid dog poo??

If your dog tends to poo always in the same spot - and Roomba gets stuck in it - it actually will, as the new machine learning algos allow it to remember what spots to avoid. But only after few accidents :-D
Petteri Pyyny (pyyny@twitter)
Webmaster
https://AfterDawn.com/
Comments have been disabled for this article.