Recent headlines | End of an era: iPod discontinued - the device that revolutionized music industry
AfterDawn > News > A world first for Netflix, bundle with an ISP

A world first for Netflix, bundle with an ISP 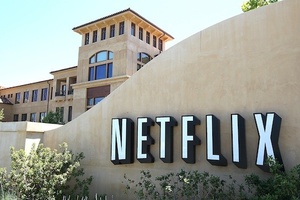 Netflix has ventured into a new business model where they partner up with and ISP for a bundled service. The first package like this comes from Finland where Netflix and one of the countries largest ISPs DNA have started offering a combined service.
This is indeed the first time Netflix has offered their service bundled into a internet service under the same invoice. With the deal in question you'll be offered a broadband connection and 4K Netflix subscription.

The bundled service, DNA Netti + Netflix Perhe (DNA Internet + Netflix Family), starts at 37.89 euros a month (saving you a few euros a month compared to non-bundled prices) for the first two years and offers a 200 MP connection and a four-device Family subscription of Netflix.

As the competition starts to really heat up around Netflix, thanks to fairly recent additions like Disney+, the company has more pressure to diversify and add options. Recent reports about the first linear content on Netflix (read: traditional TV channel) could also in the mix for Netflix.