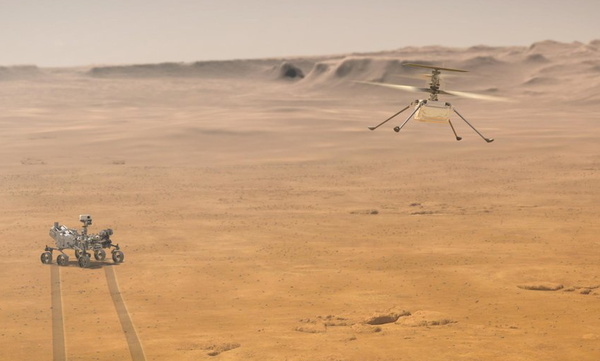 There is now an enhanced version of Monday's historic first powered flight from the Martian surface.
NASA's Ingenuity helicopter made history this week when it powered up and lifted off on the surface of Mars. The brief excursion into Mars' thin atmosphere is the first time a human-made device has taken powered flight from the surface of another planet, even if it was just a short hop into the air. It is important to state it is the first powered flight, as the Soviet Union achieved the first balloon flight in the atmosphere of Venus in 1985.

The first images of Ingenuity were grainy and choppy and were followed by a better video. However, NASA's Jet Propulsion Laboratory channel on YouTube has uploaded an enhanced video with more detail.

Here is the video:

Ingenuity serves as a technology demonstrator ahead of future missions to Mars which will involve the use of more flying probes. It may also be used to scout locations of interest and find driving routes for missions. In its current test campaign, it is expected to fly at least five times.

Part of the historic 1903 Wright Brothers' airplane is attached to Ingenuity, and the take-off and landing site on Mars has been named the Wright Brothers Field.