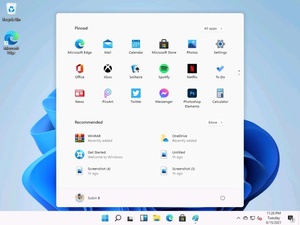 Microsoft finally unveiled its latest operating system, Windows 11, today. The user interface has been completely redesgined, but other major changes occurred, too.
Most visibily, the taskbar of Windows 11 looks totally different from anything we've seen in Windows. It is actually taken mostly from abandoned Windows 10X operating system project that Microsoft had in its plans for light-weight computers. As 10X was eventually scrapped, the UX changes of it made their way to new Windows 11. 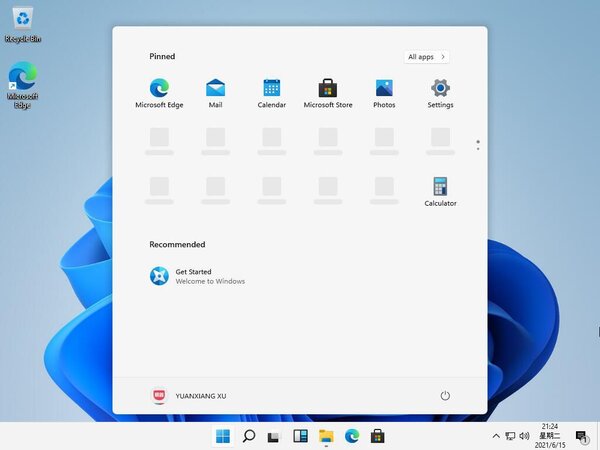 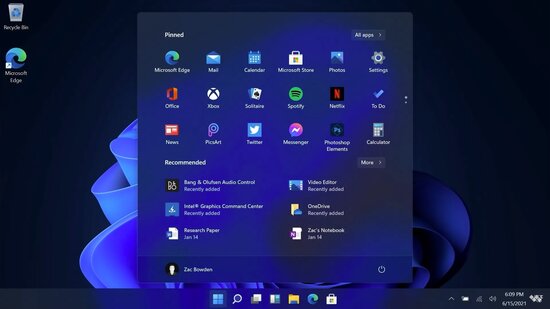 One of the most significant changes is the fact that Windows 11 wont support 32-bit CPUs anymore: it is 64-bit only. The entire minimum requirement sheet is:


The new operating system will be completely free for existing Windows 10 users. The update will start rolling out to consumer PCs in fall 2021, but Windows Insider beta testers can download the pre-release version on early next week.
Tweet
Tags: Windows 11
<Finally some clarity: Honor phones will be supported by Huawei, new ones by Honor >Brexit allows BT to reintroduce roaming fees - and it does so
Previous Next

I am genuinely excited!

Yet, another piece of garbage from Microcrap!
Windoze 10 never got properly fixed. Looks like they gave up on it,
and are giving 11 away to Win 10 users (suckers). As far as I'm concerned, they can shove it where the sun don't shine!!!

I still have and often use my old Win XP desktop. It actually runs
faster than my Win 10 3 year old desktop. Go figure.

I am genuinely excited! ??? You gotta be kidding!!!

Microcrap should first fix WIN 10 before coming out with yet another
piece of garbage!

Actually Windows 11 was beautiful(but not VERY useful). Microsoft should update the UI of WIndows so it will only look better:)

The Windows update nobody wanted or asked for. Some [insert abuse word here] trying to make a name for themselves or justify a stupidly large salary.

Also, for the love of God stop moving things around in office 365 admin.

If it ain't broke don't fix it.

finally Microhard canceled the need of TPM 2.0 in Windows 11(it sounds ridiculous, because Microhard always put users' security in the front place)

Your article is very good.

First off Windows 10 is fine; it's FASTER by far than XP (and can handle RAM and storage media that would simply melt XP into a pile of quivering bytes) and Windows 7, no matter what people care to insist, FAR more stable than XP, and somewhat more stable than 7. Yes, really; I've seen the benchmarks and ran them myself, as well.

That's ONLY if, however, you make all the necessary changes to turn off telemetry, pith Cortana, and a lot of other things (such as retaking control of updates). Before then, yeah, 10 is crap ^^' .

My main problem with 11, is that it's a very obvious attempt to remove even more user control, in favor of an Apple-style model, and I simply won't tolerate that.

Not much we can do about it I guess... Maybe there will be a PowerUsers pack to give back some control/customization. Base OS for the general user, add-on pack for those want the power to break things XD.

Account Created Saturday 12 January 2008. After 13 years I consider myself a Sr. Member no matter WHAT my post count says.
Comments have been disabled for this article.