Recent headlines | There is one country where Chrome is not the most popular 1
AfterDawn > News > Canadian authorities seize $200,000 worth of pirated games in raid

Canadian authorities seize $200,000 worth of pirated games in raid 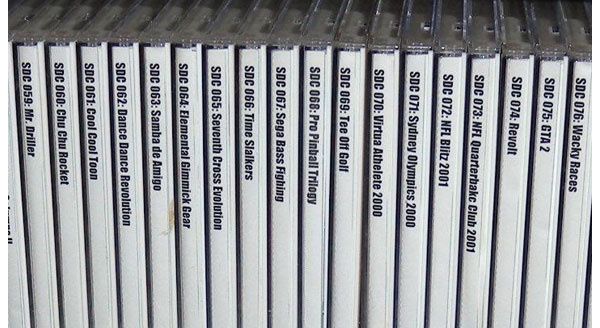 The RCMP (Royal Canadian Mounted Police) have seized 7000 pirated video games from a 35-year old Saskatoon man's residence and charges are currently pending.
RCMP officials say, if sold authentically, the games would be worth $200,000.

The citizen had his house raided following an investigation "into intellectual property crime offences," adds the police.

More specifically, the authorities were looking into the sale of gaming consoles that were modded to be able to play pirated games.

The man had been advertising the modded consoles via online ads.

what an idiot....why would you advertise this online?

Being nice always has its own consequences
226.10.2010 18:17
ROMaster2
Send private message to this user
Member

Such a clown if you know what you are doing is illegal why would you advertise it online?

This article is a bit misleading: in Canada its legal to sell modded systems, however it's not legal to sell copyrighted works of any sorts. What this article missed was that the suspect was installing the unauthorized software into the consoles. So example a ripped copy of Fallout 3 onto the 360 drive; and then offered other copied games, probably at a discounted rate than full retail price. Still illegal. These are the people that piss me off the most, especially too since this is in my own country.

This is nothing compared to the Markham store bust outside Toronto, where hundreds of thousands of material was busted selling in retail stores of a Chinese mall outlet. Still either way it makes me sad, because these assholes that do this are also a cause for game prices being ridiculously high.

"Authorities noted that the plethora of games and consoles including systems from Nintendo, Sony, Sega, and Microsoft."

Originally posted by KillerBug: "Authorities noted that the plethora of games and consoles including systems from Nintendo, Sony, Sega, and Microsoft."

Baffles me... they could just get an emulator.

I guess the War of Drugs has been won.

Originally posted by juventini: I guess the War of Drugs has been won.

I don't remember reading anywhere that investigations in to other types of crime; ie drugs, murder, midget slavery, have been put on hold so authorities can focus solely on ip theft.

With so much crime and its complexities, where do enforcement agencies get time to solve Hollywood's problems. That's why a made a sarcastic remark like "The Ware on Drugs has been won". Sarcastic remark :)

Just another case of greed biting ya in the end...