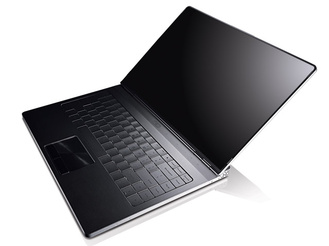 Dell has announced today that it is discontinuing the Dell Adamo line of ultraportables, the last real competitor to the MacBook Air.
The Adamo launched in 2009 at 0.65-inches thick, was housed in an aluminum case, runs an Intel Core 2 Duo processor and had SSD before they became popular.

A competitor to the MacBookAir? That's priceless.

That is priceless any notebook could be a competitor to the MacBookAir!

Poor horsepower, poor keyboard, and poor battery life otherwise I'd like it too.

"Sources say Dell was able to clear out remaining Adamo inventory buy selling the computer at $800, well under the $1300-$1500 it was selling for, on average."

It's a gimmick just like the Ferrari notebooks were that cost the same as this one did prior to its price cut. The Ferrari's were damn sweet looking with their racing red/black theme but they were junk. A lot of people bought them thinking they were cool and at first I thought wow but after building several for customers and having to deal with the issues I soon found out that they were not worth the money no matter how pretty they are, which is OFTEN the case. This and Mac's definately fall into that bracket.

Curious what issues you had on the Adamos and the MacBook Airs.

Macbook’s are too proprietary fixing anything or upgrading memory is a pain unlike an open standard market PC. Although I do like Mac’s UI it too comes at a price as well when it comes to flexibility. The price you pay for all of this inflexibility and overly expensive replacement or upgrade parts certainly does not warrant purchasing a Mac anything. I like to use the rip’d Mac OS on a normal open standard PC to play with but wouldn’t at this point switch too it as my primary machine.

MAC History
It used to be that Mac’s were much better at handling video and graphics but that is long over. Even back then I preferred to use the Amiga actually over the Mac & IBM style PC but it was obvious that Amiga wasn’t going to stay around, even though it was much better at audio, video, and graphics. Amiga’s seem to still be around in Europe so I think they still exist but unfortunately not in the US anymore.

I haven’t worked with the Adamos however knowing how batteries are even today and seeing the specs and keyboard I’m able to deduce some of the problems that would exist with it.