Ultrathin HTC Ville rumored to be headed to T-Mobile 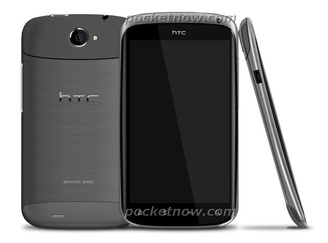 T-Mobile will begin selling HTC's ultrathin Ville smartphone this spring, if the report from PocketNow is accurate.
The device has been seen in leaks for months, but is officially expected to be unveiled at next month's Mobile World Congress.

Here are the rumored specs (via AandMe):

Additionally, the device will have Android 4.0.x and HTC's own Sense 4 UI.

Alongside the already impressive specs, the device is ultrathin at 7.8mm, and will be thinner than the iPhone 4S and Galaxy SII, the most popular phones of the moment.
Tweet
Tags: T-Mobile Smartphone Android 4.0 HTC Ville
<LG, Google in talks for new Google 'Nexus' TV >Notion Ink releases Android 4.0 alpha for the Adam tablet
Previous Next
Comments have been disabled for this article.