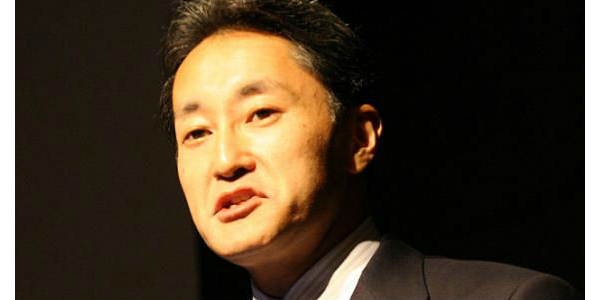 In an effort to turn around its struggling electronics and TV businesses, Sony has replaced its president and CEO Sir Howard Stringer with current consumer electronics boss Kazuo Hirai.
Stringer will move to a board member position. The exec had this to say: "Kaz is a globally focused executive for whom technology and the cloud are familiar territory, content is highly valued, and digital transformation is second nature. I believe his tough-mindedness and leadership skills will be of great benefit to the company and its customers in the months and years ahead."

Hirai, at 51, will be Sony's youngest CEO ever.

The new CEO will have a tough road as Sony is no longer the name it used to be. The company has fallen far behind Samsung in the TV business, and has almost been erased off the map in the media player, tablet, and smartphone markets. The company has seen four straight years of losses, and a generationally-strong Yen is certainly not helping matters.

Hirai is best known for his accomplishments in the PlayStation division including the launch of the PS2, the top selling video game console of all-time.
Tweet
Tags: Sony console PlayStation CEO Kaz Hirai
<Redbox does not renew wholesale deal with Warner >Hitachi selling 7200rpm 4TB drives
Previous Next

Might be a start of something good..... Then again, I feel the damage is vast with user's preception.

ive always liked his methods lets see how it goes...