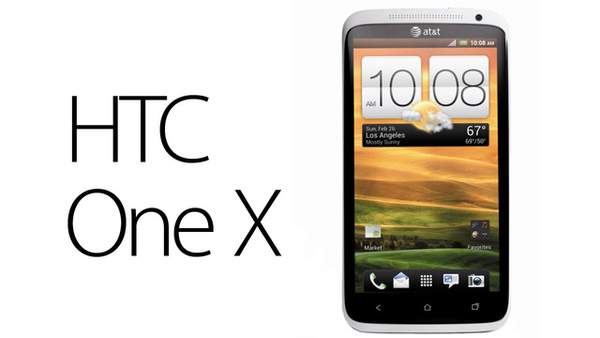 The device has a large 4.7-inch display with 1,280x720-pixel HD resolution and Gorilla Glass. The phone runs on Android 4.0 with HTC Sense 4.0, and the phone maker has decided to keep three buttons, one for back, home and running/recent apps.

Due to its large screen, the device is 0.36-inches thick, putting it on par with the Windows Phone-powered HTC Titan.

The superphone also has, what HTC is calling its "most advanced" camera ever, an 8MP deal with five levels of LED flash and automatic focus, an (f/2.0) lens, a better image sensor and a dedicated imaging chip. The front-side camera is 1.3MP and the device will also have Beats Audio.

Now here comes the one catch, if you are American at least. The phone has a very powerful 1.5GHz quad-core Tegra 3 processor but Tegra 3 CPUs do not have support for LTE, so Americans will not receive phones with the quad-core processor. Instead, to use LTE on AT&T, the phones will have powerful 1.5GHz dual-core Qualcomm Snapdragon S4 processors. The phone can use HSPA+ 42, so if you want to buy an unlocked version, you can use it on T-Mobile's 4G and get the power of a quad-core version of the phone.

There was no word on price, but the phone will be available "within 60 days," says HTC.
Tweet
Tags: Android Smartphones htc one x
<MWC 2012: Samsung shows off Galaxy Tab 2 10.1 >MWC 2012: Sony unveils Xperia P smartphone
Previous Next

Waiting to see the Galaxy S III. Depending when it will ship I may just import the HTC One X since I have T-Mobile.

Cool looking phone with some awesome camera features, but I don't know why HTC even bothers upgrading to ICS if they're just going to completely cover it up with Sense. It might as well still be Gingerbread. It's not like you'll know the difference. I suppose maybe in ordfer for it to have NFC it needs to 4.0, but other then that, what's the point.

Will android manufacturers ever stop letting the carriers rape their flagship phones with their hideous logos? Other than that, its a good design.

4.7" is too big. The One S will be my next phone. I've always like the look and feel of the sensation but felt it could have been faster and thinner, so it looks like HTC is getting back to quality and not quantity. The Xperia P looks really nice, but HTC will get my money this year.