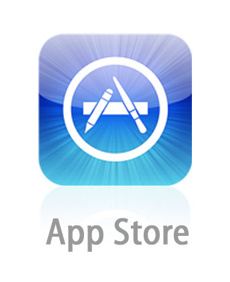 Although it is a relatively well known fact, Piper Jaffray analyst Gene Munster conducted a recent survey to see what mobile operating system is most popular with developers.
After surveying 100 developers at Apple's Worldwide Developers Conference (WWDC), the consensus was that iOS was the most preferable.

"iOS was the clear favorite in two categories: ease of development and future revenue growth," said Munster. "Among the 55 developers who work with both operating systems, 84% said iOS was best for ease of development, with Android at 5%, Windows at 2% and 9% unsure."

While all the devs at the event (unsurprisingly) coded for Apple, 55 percent also coded apps for Android, with 14 percent coding for Windows and another 9 percent writing BlackBerry software.

if you go to an android conference, i bet the majority of the devs there prefer it over apple! surprise, surprise

It makes sense somehow given that android programmers have to test their apps on different mobile devices with different configurations while ios programmers have to program to only a few resolutions/hardware. Still, even if they prefer ios, it doesnt mean that they wont produce apps for android anyway since its still money.

Android really is harder...so many different hardware configurations, resolutions, and custom distros...it's practically impossible to test for everyone. Plus, Apple users are not savvy consumers, so they are more likely to buy bad apps for high prices.

You also have to remember that Apple users are more likely to pay for apps whereas Android users usually do not. I have had both devices and had to pay for Angry Birds and with Android, it was free but ad supported. Its also so much easier developing apps for iOS as there is so little variables to consider such as skins and hardware differences.

Originally posted by KillerBug: Android really is harder...so many different hardware configurations, resolutions, and custom distros...it's practically impossible to test for everyone. Plus, Apple users are not savvy consumers, so they are more likely to buy bad apps for high prices.

Kinda like feeding the console market as apposed to the PC market.

I just know I'm gonna take heat for this one...
http://onlyinrussellsworld.blogspot.com
719.6.2012 17:07
xnonsuchx
Send private message to this user
Senior Member

Part of the issue is that Android is geared more towards web developers while iOS is geared more towards 'traditional' programmers. I've talked to a few people that develop for both who've said between an iPhone and a Android phone w/ similar specs, their iOS version of an app runs faster than the Android version.

I have to go 'wow' to the fact this actually classifies as news these days...

iOS is where the money's at.

The Play Store is good for making a name for yourself, (that is, of course, if your app isn't complete codswallop), but a decent app can yield a decent return for you (and Apple) over at the App Store.