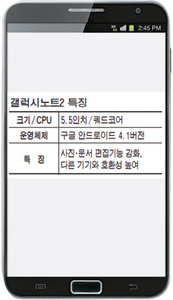 According to multiple reports, Samsung will release the sequel to their popular Galaxy Note smartphone in September.
The reason for the September release will be to beat the new iPhone to the street, say the sources.

Samsung's original device has a massive 5.3-inch screen, but the new device will go even bigger, up to 5.5-inches. The device will feature ultra-thin "unbreakable plane display (UBP)," which is "a precursor to flexible display technology, and leaves room for a thinner design without sacrificing internal hardware."

If accurate, the device will also come with 2GB RAM, Android 4.1 Jelly Bean, a 12MP camera and a Samsung quad-core processor.

They keep coming out with all this new stuff I guess they think we are all millionaires.

I hope that half the world doesn't get screwed again, by not launching with a quad core.

I want this phone!
And yeah, they had better not cheap it out for the US.

Oh, Im sorry... Did the middle of my sentence interrupt the beginning of yours?
59.7.2012 15:18
Morreale
Send private message to this user
Senior Member

Might just have to settle for the first Note when this comes out though :(

Or just the SGS3, still haven't really looked into how much better hardware-wise it is to the 2 and the Note.

better not just be on ATT