Facebook to fix Poke glitch allowing videos to be saved 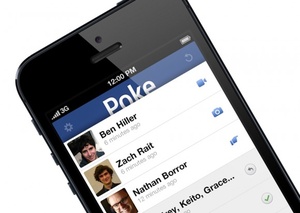 Facebook is scrambling to fix another bug.
Poke, the company's new standalone app that allows you to "poke" a friend with a message, photo or video and set the amount of time they can keep the message for (10 seconds or less).

While the message is supposed to self destruct, a security glitch was discovered where any and all videos could later be extracted and saved.

"We are addressing this issue now. We should have a fix pushed shortly," said a hurried Facebook spokesperson.

It appears the Poke was caching videos in a temporary folder on iOS devices, a file that did not delete when the message itself did. Anyone with a third-party file manager for the iOS device could then plug their phone/tablet into their computer and quickly download the file.
Tweet
Tags: Facebook App poke security bug
<Google has removed over 50 million 'pirate' search results from engine >Barnes & Noble sells stake in Nook to Pearson
Previous Next Write a comment
Comments have been disabled for this article.