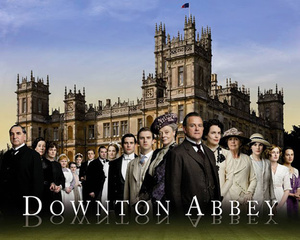 Amazon has announced today that it has struck a deal with PBS to make 'Downton Abbey' an exclusive for Prime Instant Video users.
Starting on June 18th, all seasons will be available exclusively through Amazon. Rival services, which have at least one season available, will lose access at the beginning of July.

Future seasons, if they are ever produced, will be part of the agreement, as well.

Not a huge fan of these exclusivity deals...
Amazon gets it so Netflix cannot.
Now I have to have BOTH services. This is the same friggen problem we have with cable.