HTC M7 flagship likely to debut as HTC One 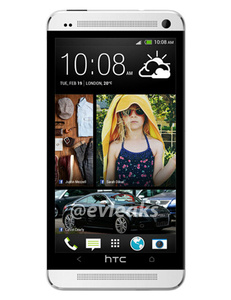 The much-anticipated HTC M7 is said to be launching with a rebranded name, the "HTC One."
HTC has used the One title in most of its previous devices, which were launched at last year's Mobile World Congress.

The device will be the first to feature HTC's own Sense 5 overlay, as well as new "ultrapixel" camera technology. The ultrapixel tech has multiple different sensors (all at around 4MP) that take simultaneous photos and recreate the best parts of each, for added clarity and colors.