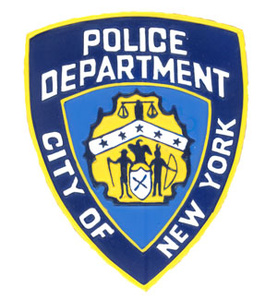 The theft of Apple portable devices has become so widespread in New York City that the NYPD has created a dedicated team to catch the thieves.
All Apple devices, when stolen, are tracked by the police and Apple, who can usually track the location of the device thanks to its IMEI.

"We're looking for ways to find individuals who have stolen Apple products and return the products to their original owners," said NYPD spokesman Paul Browne (via NYP). "It is being done to learn the pattern who is stealing."

Just recently, an iPad was tracked as far as the Dominican Republic and recovered. 74 percent of devices are found within New York City, however, says the police.

With the new dedicated team, the NYPD hopes to recover even more of the devices.
Tweet
Tags: New York City iPad iPhone theft nypd
<Report: Xbox 8 to be revealed at April event >PlayStation 4 will not support 4K games, just videos
Previous Next

I feel safer already, what a great use of manpower. No one actually believes the NYPD is doing this strictly to "return products to their original owners," do they? They will use this as a tool to kick in some doors maybe they weren't able to get into and do a legal search before.
A dedicated team to track down apple products, really? What a joke.

I guess other smartphones and tablets don't get stolen either. Just apple products what a fucking joke

Quoting stuntman: "I guess other smartphones and tablets don't get stolen either. Just apple products what a fucking joke."

Apple products like the iphone and ipad are usually priced above $500 replacement value, making theft of them a felony, no longer petty theft.


I guess the point I was making is that creating a dedicated team for this type of theft, because the devices are traceable, is a smokescreen for something more. I predict a lot more bogus search warrants will be issued because of this "dedicated" team.