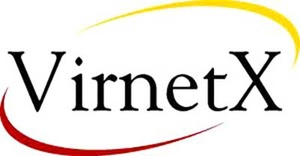 Additionally, Apple will have to pay VirnetX $330,000 per day until the case is settled, meaning Apple will likely seek a royalty settlement in the very near future.

If no agreement is made between the companies, there could be additional damages levied against Apple. Such a royalty agreement must be approved by VirnetX, so they could potentially put a squeeze on Apple moving forward.

All Mac computers, the iPhone 5, the fourth-generation iPad, the iPad Mini and the latest iPod Touch all infringe on the patents.
Tweet
Tags: Patents FaceTime Appeal Infringement VirnetX
<New Nokia phone is water-resistant 'on molecular level' >Yahoo will kill off at least 8 older products
Previous Next

What? Apple stole something and violated patent rights of another company and called it innovation? That never happens!!

They have to do something to fix patents

The majority of patent lawsuits today are filed by trolls.
SHIELD-Act will help stop this:
https://eff.org/SHIELD

Live Free or Die.
The rule above all the rules is: Survive !
Capitalism: Funnel most of the $$$ to the already rich.
54.3.2013 00:50
buddyleem
Send private message to this user
Junior Member

How can video chat be patented ?

Originally posted by Mrguss: The majority of patent lawsuits today are filed by trolls.
SHIELD-Act will help stop this:
https://eff.org/SHIELD

The majority of these large tech corporations, including Apple, are buying up huge blocks of patents. They are doing it either by themselves, or as part of a "consortium." With all of the billions these corporations have been spending buying up patents, do you really think they would allow something like this to pass? It would only devalue what they have been investing in. It is a sneaky way for them to create a monopoly, Apple got caught this time. Live by the sword....
Now if the act could be tweaked to just favor the large corporate patent trolls, and keep their losses to a minimum, well that would be another story.

I would love to see Apple try a copyright infringement with Siri
My old Amiga had voice recognition and application functions back in 1986.

The biggest problem was if you had a cold the voice recognition was function limited.

Originally posted by buddyleem: How can video chat be patented ?


Just a prime example of how patients have gotten way too carried away these days. Next someone will patient air and then we all will pay. LOL

I do love it that Apple is getting nailed regardless of how ridiculous it is.

not even a drop in the buck compared what they have stashed away.

Originally posted by buddyleem: How can video chat be patented ?


Just a prime example of how patients have gotten way too carried away these days. Next someone will patient air and then we all will pay. LOL

I do love it that Apple is getting nailed regardless of how ridiculous it is.

Actually, it's not that carried away. The patent is probably not so much for the concept of a real-time video communication as it is the underlying protocol(s) used to give it acceptable quality. A lot of research and money goes into developing a protocol that can pass a certain type of content across the internet that is inherently a best-effort infrastructure. It's probably the lower level software that Apple stole and used to get a good quality transmission across varied connection qualities.
Doesnt expecting the unexpected make the unexpected expected and therefore mean youre expecting the expected which was the unexpected until you expected it?
"Opinions are immunities to being told were wrong." - Relient K
Comments have been disabled for this article.