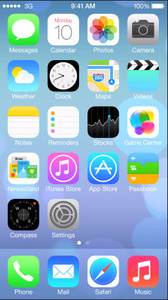 It appears that Apple fans around North America are updating their devices to the latest iOS 7, at a record pace.
According to Chitika, in the first two days of availability (Wed-Fri), nearly 32 percent of North American iOS web-based traffic has come from the new operating system.

The latest operating system is one of Apple's biggest design changes since the launch of the iPhone in 2007, changing to a "flatter," more professional design, with more built-in features than before. 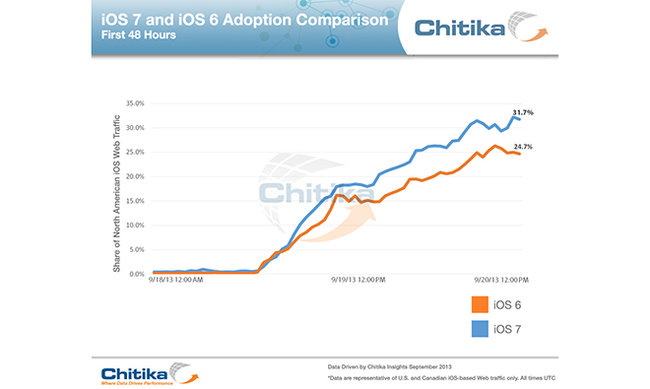 Tweet
Tags: Apple iOS 7
<Spain: Piracy site admins can get up to six years in prison >BlackBerry founder to potentially bid on company
Previous Next Write a comment
Comments have been disabled for this article.