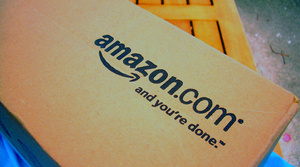 According to the Verge, Amazon has been trying to finalize their oft-rumored set-top box in time for the holidays but they have run into more delays.
The box, which would compete directly with WD Live, Roku, Apple TV and others, is expected to run on a modified Fire OS, and would have allowed for third party apps in addition to all standard Amazon apps such as shopping, Amazon MP3 and Amazon Prime Instant Video.

Development of the box has been reported on since at least April, with the work being done at Amazon's R&D division better known as Lab126.

The sources claim the delay will push the hardware into next year, missing out on the lucrative holiday season in the U.S. (and possibly abroad).
Tweet
Tags: Amazon Set-Top Box
<Aereo arrives on Android >HP: We will be joining the 3D printer market next year
Previous Next
Comments have been disabled for this article.