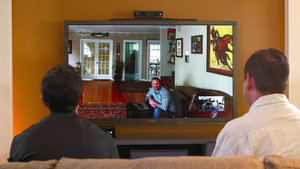 Additionally, Redmond is giving 100 worldwide minutes free each month for six months, which will allow Xbox One owners to call mobiles and landline phones in over 50 countries.

Microsoft offers a similar deal to those who buy a Surface 2 tablet.
Tweet
Tags: Microsoft Skype Xbox One
<Nexus 5 launches on T-Mobile November 14, at retail on November 20 >iPad explodes in Vodafone store
Previous Next

Oh yeah this is a lame desperate attempt at keeping the ideas of Skype and Xbox One's new 'sharing' capabilities relevant.

Not gonna make a difference cause no one will even remotely consider this. Less than 1/1000th of a percent of their sales will use this. Not worth forking over those royalties.

This is a very good news, I will continue to pay close attention to the latest more detailed information.

better not be a spammer or will be banned.