Recent headlines | Android 11 update tracker - What phones will get it?
AfterDawn > News > Nokia removes HERE Maps app from iOS App Store due to incompatibility with iOS 7 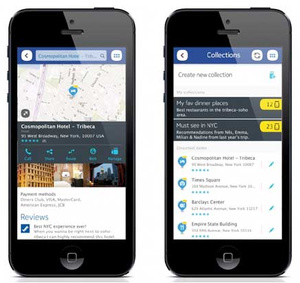 Nokia has pulled their HERE Maps application from the iOS App Store citing compatibility issues with iOS 7.
The company released the app last November for iOS 6, a couple of months after Apple released its own mapping solution that has improved significantly since its unveiling.

Nokia says that the "app was simply not optimized for iOS 7 so we decided to remove it," making sure not to blame Apple in the process.

There will likely not be too many upset users, as Google Maps and Apple Maps are much more robust (and constantly updated) applications.
Tweet
Tags: Apple iOS 7 Nokia HERE Maps
<Don't forget to download free, top singles and albums from 2013 through the Google Play Store >Sony will not sell lithium-ion battery division
Previous Next
Comments have been disabled for this article.