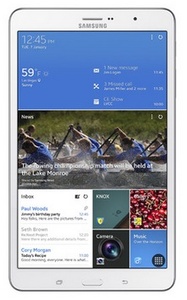 Samsung took to the CES stage today to unveil their best tablets to date, the new Galaxy TabPro and NotePro, in exciting sizes including a large 12.2-inch version.
On the specs side, both of the tablets run on Android 4.4, have 2560 x 1600 pixel displays, Snapdragon 800 processors, 2 or 3GB RAM, Wi-Fi/LTE and 8MP/2MP cameras. The TabPro is available in 8.4-inch, 10.1-inch, and 12.2-inch varieties while NotePro is only available in the largest size.

Samsung has aimed to create "professional" tablets that can be used instead of a regular laptop. This is the same goal Microsoft has tried to achieve with their Surface Pro Windows tablets. For example, the NotePro (and 12 inch TabPro) include four-pane multiwindow multitasking, and all the tablets include layered pop-up windows for multitasking. You can resize the windows and even open up the same app twice. Bluetooth accessories will be offered through Samsung.

The company has created a new home screen layout, as well, dubbed Magazine UI. The layout provides full tiles of apps with information that can be customized and configured. The tiles are similar to the live tiles in Windows 8.1 but that was probably the point.

NotePro users are expected to use the S Pen stylus, especially for more graphic-intensive work.

Samsung did not reveal prices but did say the tablets would be available before the end of March. 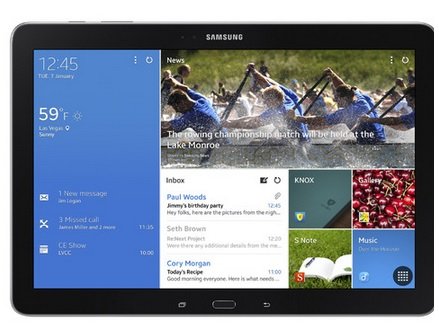 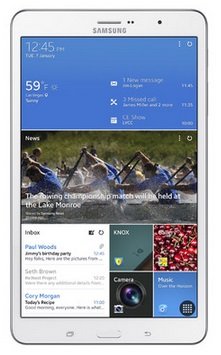