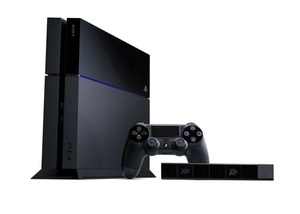 Sony has announced today that nearly 10 million PlayStation 4 games have been sold since launch.
Included in the totals (9.7 million) are physical copies and games purchased through the PlayStation Store.

The company recently announced they had sold 4.2 million PS4 consoles, to date, meaning the system's attach rate is a solid but not outstanding, 2.3.

In addition, global PlayStation Plus subscriptions have jumped 90 percent since the launch of the PS4 in mid-November. The PS4 is available in 53 countries but has not yet reached the company's home territory of Japan.
Tweet
Tags: games console Sony PlayStation 4
<Sprint expands 'Spark' to six new markets >T-Mobile will pay your early termination fee if you switch over
Previous Next
Comments have been disabled for this article.