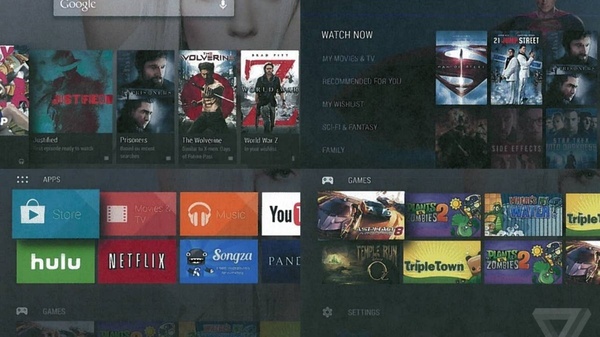 Google appears to have moved on from their failed Google TV endeavor with a new TV interface that should make fans of content very happy: Android TV.
A new report from the Verge, citing exclusively obtained documents and pictures, claims Android TV is already in the works, with video app providers already building for the platform. "Android TV is an entertainment interface, not a computing platform," writes Google in the documents. "It's all about finding and enjoying content with the least amount of friction." It will be "cinematic, fun, fluid, and fast."

While Google TV tried to change how we watch TV and content, Android TV will just make it easier to find what you are looking for, using the Google formats popular to a billion Android device owners.

A remote control with a simple D-Pad allows you to scroll through the content, which will include curated suggestions. Each category will have its own up/down/left/right options. Additionally, the controller will have "enter," "home" and "back" buttons for navigation and in the future there will be game controllers similar to Amazon's newly unveiled Kindle Fire TV.

Finally, Android TV will support voice search and voice notifications, just like the Kindle Fire TV. Pricing will of course be important, as will availability, but there is little known on that front at this time. 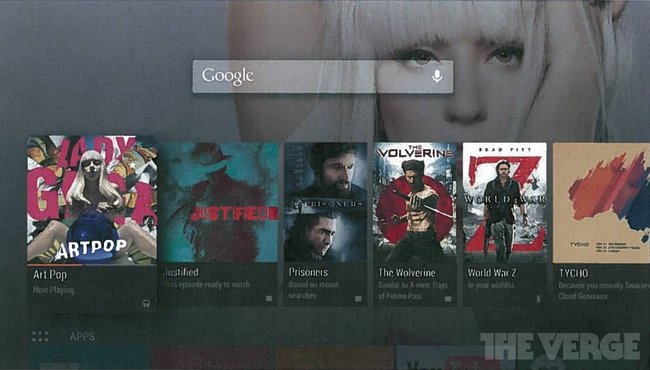 Source:
Exclusive: this is Android TV The Verge
Tweet
Tags: Google Set-Top Box Android TV
<New 'DOOM' beta will be available only on PS4, PC and Xbox One >Will.i.am has built his own smartwatch that does not need a phone
Previous Next

After Amazon release their fire TV now here comes Google TV trying to come back to life. If its any good maybe it will be on par with the Amazon fire Tv. Probably will only be the OS anyways, then they can Root the Amazon fire Tv and install the Google Tv Os on there.

regardless which device you buy, you are still running android.

Buy the ticket, take the ride. -H.S.T.
Comments have been disabled for this article.