Recent headlines | GUIDE: Wi-Fi speeds are slow? Here are some tips
AfterDawn > News > Plex is coming to the Xbox One via a third-party developer 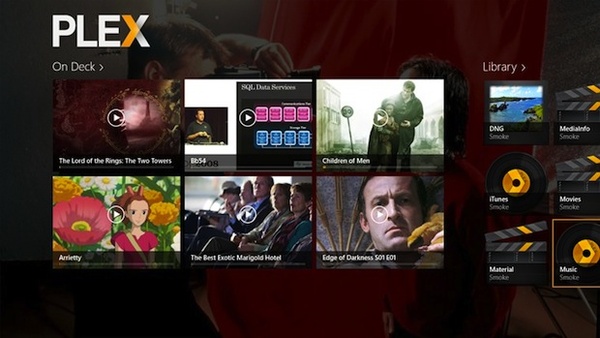 Thanks to the Xbox One's independent developer program, it appears that a Plex client is on the way for the console.
Developer Tyson Edwards says he has been approved by Microsoft to develop a Plex client, which could be a game changer for the console that currently lacks decent streaming from home servers with dedicated apps.

Edwards says the client will be based off the current Windows 8 Modern UI Plex app and will also include voice and motion control via Kinect.

Universal Windows apps will not be available until the launch of Windows 8.1 later this year, so the Plex client is probably a few months away at best.

Regardless, the developer says the platform has been quite easy to develop for, which is a good sign.

Source:
Plex for Xbox One is a Go! Plex
Tweet
Tags: Windows Microsoft Xbox One Plex
<Google Play Store adds section letting you know what your friends are downloading >Review: The powerful streaming, gaming set-top Amazon Fire TV
Previous Next Write a comment
Comments have been disabled for this article.