Recent headlines | EU plans to make USB-C mandatory - Apple isn't happy about the idea, at all
AfterDawn > News > Microsoft: Like we've said before, there is no Xbox handheld coming

Microsoft: Like we've said before, there is no Xbox handheld coming 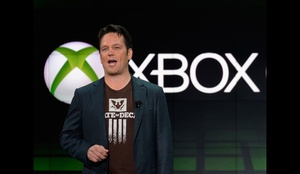 Xbox head Phil Spencer has denied rumors that a handheld Xbox console (or Xbox Surface) is on Microsoft's short list of upcoming projects.
"I don't think we'll do a dedicated handheld gaming device," he confirmed.

For the time being, all of Microsoft's mobile gaming will be dedicated to Windows Phone and Windows-based tablets, with a possibility that future Windows Phones could use Xbox controllers and stream to the large screen without lag.

This is not the first time Microsoft has denied a gaming handheld is in the works, and it probably won't be the last but it truly seems like Microsoft wants nothing to do with that industry dominated by the Nintendo DS/3DS line.