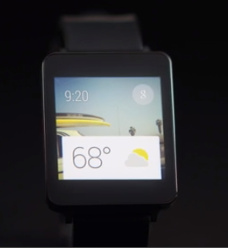 Major PC and tablet maker Asus has confirmed that its Android Wear smartwatch, codename 'Robin,' will be available for sale in September.
The device will pack an AMOLED display and be priced between $99 and $149 at launch. Those prices would significantly undercut existing devices, which were just officially announced yesterday during Google's I/O developer's conference.

Currently, the Samsung Gear Live sells for $199 and the LG G Watch sells for $229. Motorola's hotly anticipated Moto 360 is expected to sell for $249.

Asus' sources say the company did not want to "rush" their efforts, and the new smartwatch is expected to be the "thinnest" yet.

We will know more in the coming months.


The Asus smartwatch detailed by @techcrunch is codenamed Robin, aims to be the thinnest ... - http://t.co/BROlhtS89Q