Nintendo in talks with Hollywood for movie collaborations 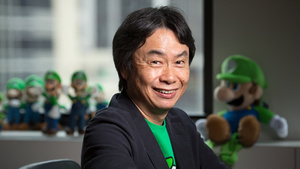 Nintendo has confirmed that they are looking to Hollywood for potential collaborations in the future.
The last film Nintendo used its IP for was 1993's disastrous Super Mario Bros., and Nintendo has understandably guarded its popular characters since then, sticking strictly to video games. Over the past few years, however, Nintendo characters have begun slipping into feature films, most recently in the Adam Sandler comedy 'Pixels' but the "cameos" have been few and far between.

"For Nintendo IP, a more active approach will be taken in areas outside the video game business, including visual content production and character merchandising," the company said during its recent quarterly earnings report.

Even more importantly is the fact that Nintendo legend Shigeru Miyamoto and his Software Planning and Development (SPD) division will oversee the ongoing relationship with Hollywood.

"As we look more broadly at what is Nintendo's role as an entertainment company, we're starting to think more and more about how movies can fit in with that--and we'll potentially be looking at things like movies in the future," said Miyamoto in June.

Bad idea, Nintendo. You've already seen video game movies being complete disasters, and at one time even experienced it yourselves.

If done right, I think a movie based on Castlevania or Ninja Gaiden would be pretty bad ass! I have had ideas in my head about them for over 15 plus years! It has to be done right and well. Obviously most video game movies are low budget cluster f's.