This is how Netflix packages its new offline content 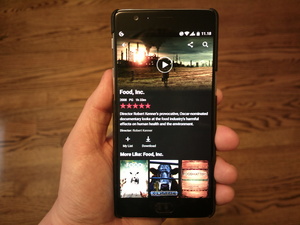 One of the most anticipated features of all time on Netflix must have been offline viewing. This feature that has been largely shrugged off by Netflix and even been denied of any viability finally made it and was made official last week.
Now, what this means is that you can enjoy your favorite movies and TV shows even when you don't have an internet connection, given that you've downloaded the content beforehand. There are some limitations as Netflix is rolling it to more content over the coming months but if the show or movie is downloadable it has a Download link right next to the "Add to My List" button on movies or next to the play button of each episode in shows.

One thing that needs to be remembered though before downloading all 52 episodes of House of Cards in case you need to take a flight at some point. Downloading TV shows and movies takes up a lot of space.

Netflix has done their home work and know how to encode and package their content for offline viewing, but there's a some oddities too. During the fall the company tested both HEVC and VP9 with a sample size of over 5000 videos grabbed from over 500 shows and movies.

While HEVC seemed to outperform VP9 by a fair 20 percent margin, Netflix decided to go with VP9 – possibly because of licensing cost savings. Even though the VP9 codec, used most famously by YouTube, was less efficient it still saves a lot of space compared to h264 encoding that is being used very commonly.

VP9 is Netflix's choice for Android but offline viewing is available also on iPhone which doesn't support Google's open and royalty free VP9. On iPhone (and iPad) the offline content is encoded with H.264/AVC High to conserve some space compared to the streamed H.264/AVC Main while not reaching the efficiency of VP9.

Netflix's content encoding strategy does seem a bit messy but the key thing to note here is that the company has made sure that no matter which platform you use you should save some space while the company doesn't have pressure to raise prices because of increased costs.

Very interesting! We haven't been seeing enough of this type of article on AD these days, kudos!