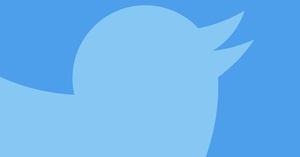 Even the people that love Twitter the most have a few gripes with the service. One of the most common ones is of course not allowing users to edit tweets, but another, perhaps an even more common problem, is being fixed.
Twitter support has confirmed, reports TechCrunch, that the company is bringing back a chronologically, or more precisely reverse chronologically, ordered tweet feed. It must be one of the most requested features of the Twittersphere.

In 2016, Twitter started arranging tweets with their own algorithm that promised best Tweets first. This meant that some tweets, retweets and likes made it to the top and others seemed to disappear. Worst of all, the user doesn't really know the method to this madness.

Now, Twitter is bringing back the original idea which is to have a simple feed showing newest tweets first. You won't be seeing interesting things people liked promoted or anything like that. Which should be what people have opted in for when they unticked the setting for "Show the best Tweets first."

This wasn't entirely the case, though, but now the company is finally giving up the grand experiment, and letting users choose for themselves.

It's currently in testing, although not sure what there is to test, but Twitter assures that if you go to your Twitter Settings and untick the aforementioned "Show the best Tweets first" option, you'll be showing true reverse chronological feed as soon as it is live.