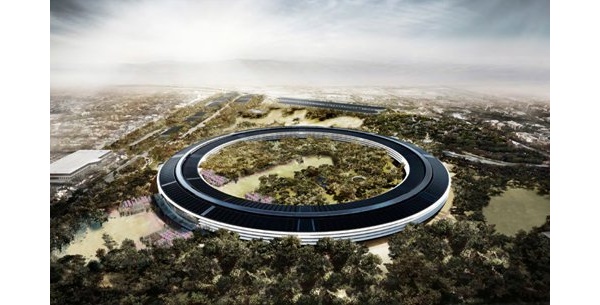 In early 2018, Apple announced that it would be increasing the investments in the United States. What portion of that is because of President Trump's policies is unsure, but now Apple has revealed news about a massive investment in Texas.
Apple is planning on investing $1 billion to expand their campus in Austin. The facility will at first employ 5 000 people but maximum capacity should reach up to 15 000.

Austin will become Apple's second largest facility only behind the headquarters in Cupertino, CA (pictured).

In addition to Austin, Apple is going to open new offices in Seattle, San Diego and Culver City. All of these additions seem to serve a purpose in attracting talent from the likes of Microsoft and Amazon in Seattle as well as Qualcomm in San Diego.

Tweet
Tags: Apple Campus Investment Apple
<Here's how to block calls on both Android and iPhone >IMAX is closing all of its VR centers
Previous Next
Comments have been disabled for this article.