Here's how to block calls on both Android and iPhone 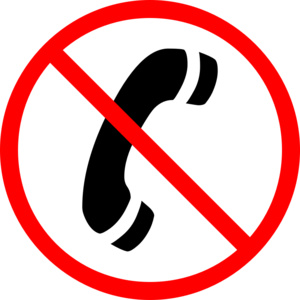 If you are targeted by a WhatsApp spammer or get numerous calls and/or texts from specific numbers, you might want to block the number. Fortunately on both Android and iOS (iPhone) it is a fairly easy task.
Let us walk you through.

Blocking calls and text messages on Android
Android smartphones come in all kinds of colors, sizes, and brands, which might make it a little bit harder to find exactly what you are looking for. With these tips you should, however, find the right setting in most of the Samsung Galaxy phones as well as several other manufacturers' devices.

Whether you want to block a number from your contacts or a previously unknown number, you should open up the Phone app. On the top right corner you should find the menu (three dots), click Settings (in some cases Contacts Manager).

After the number is added to the list, you should no longer receive either texts or calls from that number.

Blocking calls and text messages on iPhone
On all the iPhones, no matter the generation, the blocking of numbers is done in the same fashion. If you have already received a call or a text message from the number you want to block, open the Phone app (or Messages) and select the number to block from Recents list.

Press the circled i next to the number and scroll down. You'll find an option to Block this Caller.

Tweet
Tags: Guide Apple iPhone Android
<Facebook wants to deliver you HBO >Apple invests a billion dollars in Austin, TX
Previous Next
Comments have been disabled for this article.