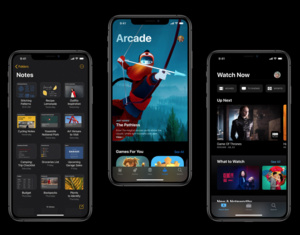 It seems like Apple's iOS development is a little bit out of whack. The company has released their latest iOS beta update, which carries the version number 13.1, but the stable release of iOS 13 is yet to be released.
Of course iOS 13 won't likely be released until Apple is ready to unveil their upcoming iPhones. That's when they'll be showing off how well the two of them, hardware and software, work together.

That's also how they'll sell you the idea that you need a new phone, even though probably most of the updates are coming to previous models as well. Obviously the new hardware has its own merits that might have you convinced regardless of the iOS update, but let's be honest, most of us dearly want some iOS updates.

Rumors suggest that the new iPhones are to be unveiled on Semptember 10, which probably is the date we'll see the first official versions of iOS 13. We are still nearly two weeks away and iOS 13.1 is already in beta testing.

Unfortunately there isn't much in terms of new information that people have gathered mining the beta. This might suggest that Apple has found a critical error, perhaps even a security bug in the initial iOS 13 version that they have to release another update right off the bat.

We'll just have to wait and see. Catch you after the iPhone release to check in whether there's a quick update.

Tweet
Tags: Apple iOS 13 iOS
<20 years ago: Matrix vs Titanic, which movie will break the record? Also: MP3 arrive to your home stereo system, ... >Disney portal crashed after exclusive Disney+ streaming offer
Previous Next
Comments have been disabled for this article.