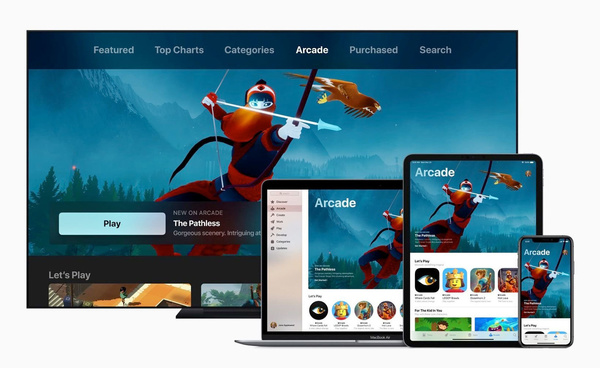 Apple unveiled their new smartphone models earlier this week with iPhone 11 replacing last years cheaper iPhone XR and the new iPhone 11 Pro and 11 Pro Max replacing iPhone XS and XS Max.
However, there was a lot of other, smaller, announcement littered across the event as well. One of them was the gaming service Apple Arcade. The Cupertino giant had already briefly unveiled the service early in the year, but now we've got all the key details about it too.

The most important of them are of course availability and price. Both of them were announced, and we're happy to let you know that Apple Arcade is launching in less than a week.

It becomes available September 19 in 150 countries around the world. According to the company it offers over 100 titles in the following weeks of the launch, and costs only $4.99 for the whole family.

Furthermore, Apple revealed that it will include a one month free trial.

Some of the Apple Arcade developers joined Tim Cook et al on the stage. This included Konami with their classic remake Frogger in Toy Town as well as Capcom and Annapurna Interactive with their own titles.

More about some of the games you'll find in the video below.

Tweet
Tags: Apple Arcade Apple
<Apple's new flagship is the iPhone 11 Pro >Google to pay $1.1 billion to settle French tax case
Previous Next
Comments have been disabled for this article.