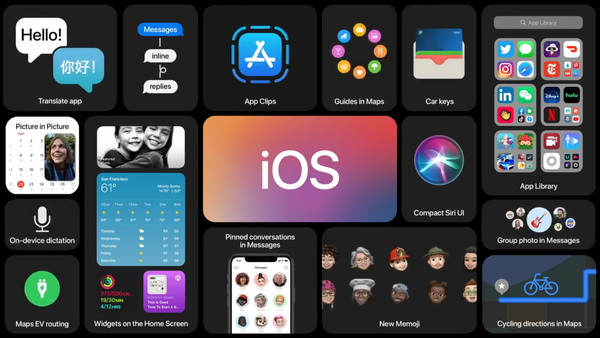 Improved widgets now have more sizes, more information and you can finally move them into the home screen in addition to the widget view.

There's also a new widget type called Smart Stack. It automatically knows what to show depending on the time of the day.

Another neat feature added is picture-in-picture, which can play video and audio on top of your app or home screen.

Siri has been updated to show results quicker and on top of your current app as a notification. There's also updates to Siri's abilities, including sending audio messages, and new app called Translate will now translate between 11 languages.

Messages has been updated with pinned conversations, which helps you get to important messages even if they haven't been updated in a while. Memojis get now more styles, stickers and options, and inline messages and mentions have been added to groups.

Finding new places is now easier with updated Apple Maps and navigation has been added with better low-carbon travel forms, including a highly-requested cycling option with option to avoid stairs and alerts for stairs and stiff inclines. Apple Maps in iOS 14 also includes EV routing with stops at charging stations.

CarPlay is added with new wallpapers and app options. There's also a keyless entry feature that will be first introduced in the new BMW 5 series.

App Store has been updated with AppClip which allows quick use of apps you haven't yet installed. It automatically uses sign-in with Apple and can use credit card information from your Apple account. It combines NFC and QR code functionality. 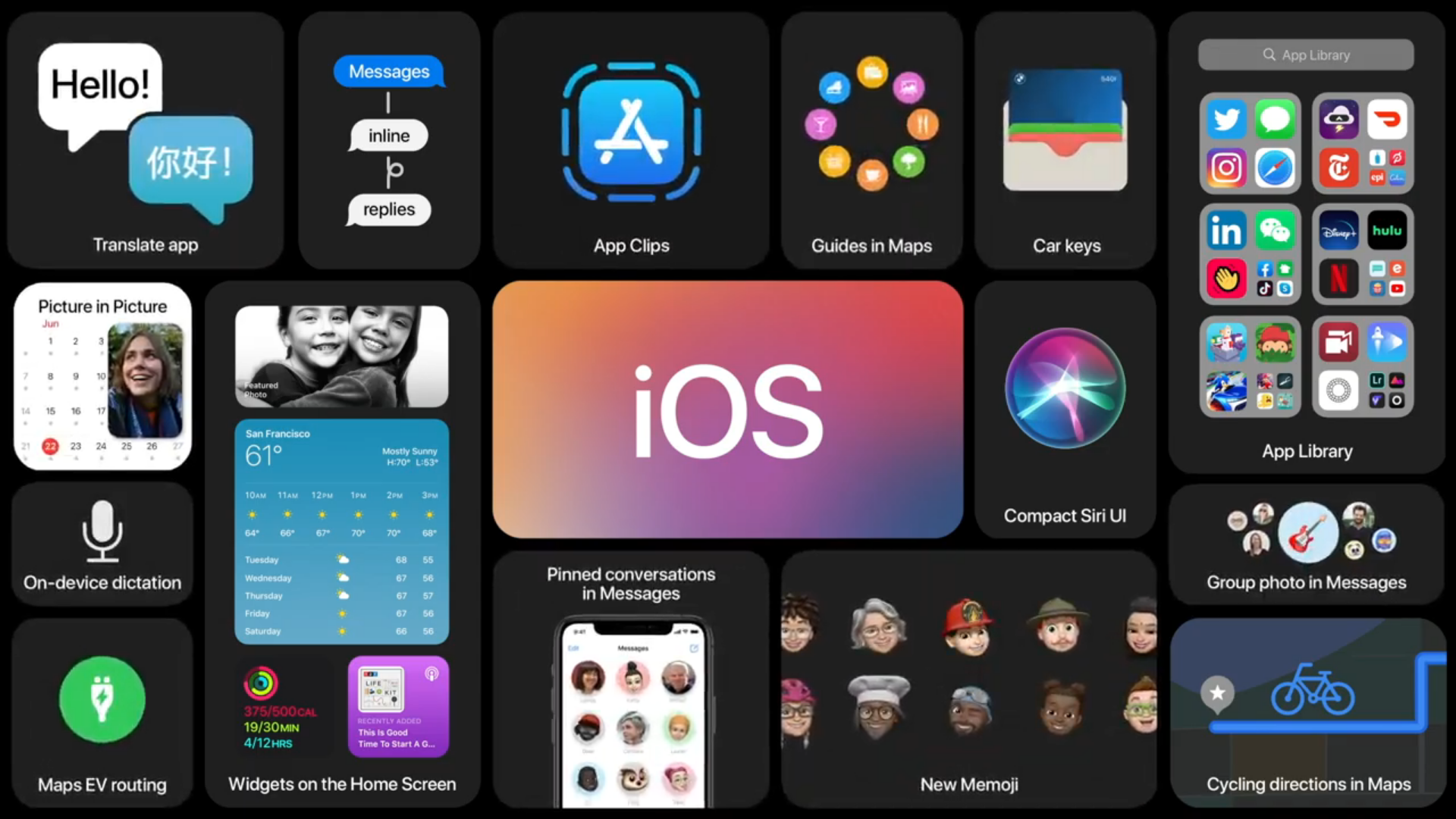