37 percent of Android apps submitted have been removed, a rather large churn rate when compared to rivals.

Although its a new entrant, the firm added the Windows Phone Marketplace to the list. It has a 13 percent churn rate. 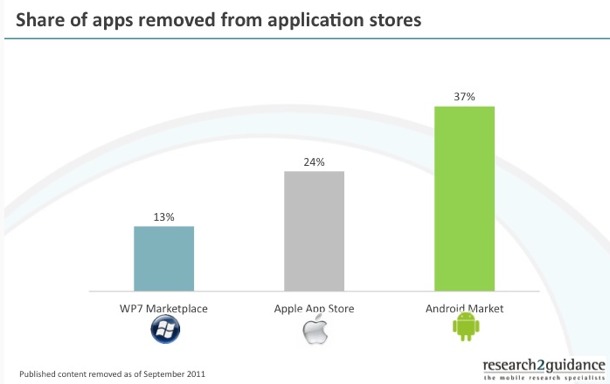 So one could say Android market have a better "good app's ratio"...