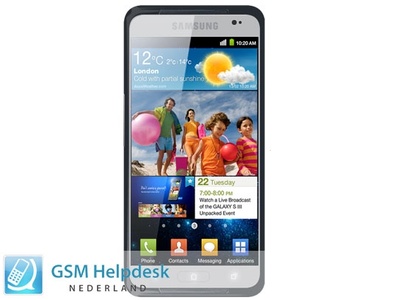 GSM Helpdesk has the first alleged press shot of the much-anticipated Samsung Galaxy S III.
Alongside the picture came the alleged specs, as well, which are extremely powerful.

The new smartphone will be smaller and narrower than its predecessor at 131 x 64 x 8 mm. The device will weigh just 0.27 pounds, as well.

Recent reports have the device being launched in April although Samsung has not confirmed.

Super AMOLED screens are beautiful. I've had the droid charge since last July. But damn these things drain batteries like no other. display accounts for more than half of my battery drain regardless of usage level.