Rovio and Lucasfilm team up for 'Angry Birds Star Wars' 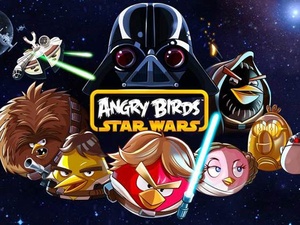 Rovio and Lucasfilm have announced the next stage of the blockbuster Angry Birds franchise; "Angry Birds Star Wars."
The new game will hit on November 8th and will incorporate classic Angry Bids character into the stories of Star Wars.

Says Rovio: "From the deserts of Tatooine to the depths of the Death Star – the game and merchandise will feature the Angry Birds characters starring as the iconic heroes of the beloved Saga...The Force is definitely strong with this one."

Adds Lucasfilm: "Both Star Wars and Angry Birds share the instant and irresistible appeal of hands-on fun. People seem to instinctively know what to do when handed a lightsaber or a bird in a slingshot, so this is a natural combination."

Additionally, starting October 28th there will be a huge retail merchandising launch including plush toys, costumes and action figures.

The game will be available across the spectrum on iOS, Android, Amazon Kindle Fire, Mac, PC, Windows Phone and Windows 8.


Tweet
Tags: Angry Birds Rovio gaming Star Wars
<T-Mobile makes nano-SIMs for iPhone 5 available >Congrats Gainesville, Florida, you are the 'pirate capital of the world'
Previous Next
Comments have been disabled for this article.