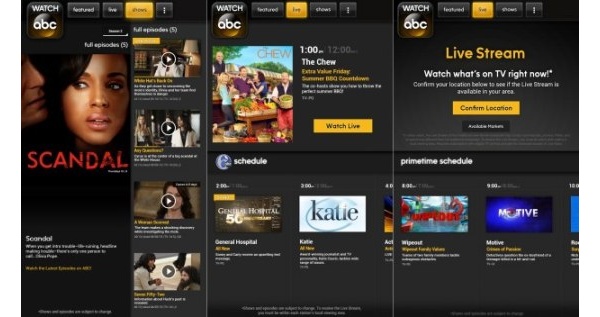 After launching two weeks ago in NYC and Philadelphia on iOS devices, Disney has expanded its livestreaming ABC app to the Amazon Kindle Fire and Fire HD.
The app brings live broadcast TV to your tablet just as if it was being broadcasted on TV. That includes commercials of course, but will also allow you to go mobile as long as you have a data connection.

Disney says the live feed will be based on your current location and you will need your cable or satellite TV subscription credentials to login and authenticate.

It is important to note the app is not yet available for Android, just the Kindle, but Disney says it is working on a version of the application for Samsung's Galaxy lineup.
Tweet
Tags: Disney Amazon Kindle Fire Livestream
<iPhone sales grow exponentially in India after aggressive pricing >Dish bids up for Clearwire, may push Sprint out of running
Previous Next Write a comment
Comments have been disabled for this article.